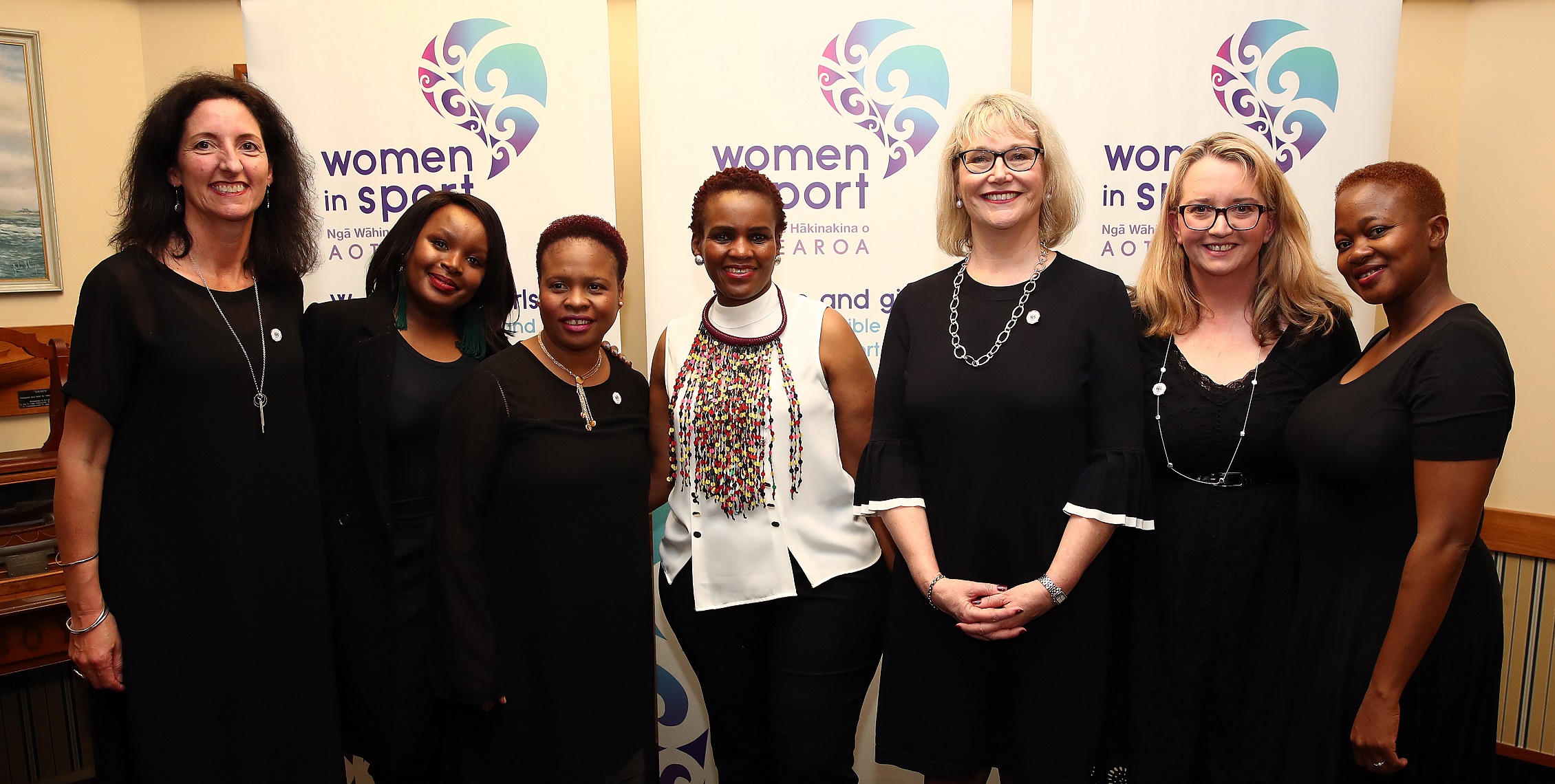 Aotearoa New Zealand is now the official host nation for the International Working Group (IWG) on Women and Sport Secretariat and Conference 2018-22. During an event in Auckland last night, the global lead for the development of sport for women and girls internationally was handed to Women in Sport Aotearoa. Raewyn Lovett ONZM officially stepped into her role as IWG Co-Chair.

More than 50 senior leaders from across sport, business and government gathered together at the Royal New Zealand Yacht Squadron to help mark this key moment in New Zealand sport. Previous hosts, Botswana, were also farewelled after a successful 3-day hand-over and Auckland site visit.

Raewyn Lovett ONZM, IWG Co-Chair said: “Exactly 125 years ago this week, Aotearoa New Zealand became the first country to give women the vote. Its incredible timing to now be taking over as host nation for the International Working Group on Women and Sport Secretariat and Conference 2018-22.”

“There is huge momentum worldwide around gender inclusion in sport and in New Zealand, we are seeing positive change, but it has to be much faster. The IWG will give the New Zealand sport sector real impetus because we need to become world leading by the time of the IWG Conference 2022.”

Women in Sport Aotearoa will take over the daily operation of the IWG Secretariat, with duties including delivery of the IWG Strategic Plan and global advocacy programmes, support for the IWG Global Governing Board and overall stewardship of the 600+ organisations and individuals that have signed the Brighton Declaration on Women in Sport. The Declaration was updated at Helsinki 2014 and the overriding aim is to develop a sporting culture that enables and values the full involvement of women in every aspect of sport. Major signatories to the Declaration include the International Olympic and Paralympic Committees (IOC/IPC) and FIFA.

In addition, Women in Sport Aotearoa will deliver the IWG Conference 2022, bringing over 1200 senior decision-makers and influencers from global sport, business and government into Auckland in four years’ time to progress the state of play. It is the most respected world conference on sport for women and girls.

Rachel Froggatt, Chief Executive, said: “The handover with Botswana has been fascinating and it’s a real privilege to take over delivery of the IWG Secretariat and Conference 2018-22. Women in Sport Aotearoa will play a dual role: we have significant plans afoot to improve opportunities for women and girls to participate, compete and build careers in New Zealand sport, whilst also taking New Zealand onto the world stage as a progressive voice for gender equality in all aspects of sport.”

The hand-over and site visit began on Saturday with an official welcome from the tribal leadership of Ngāti Whātua Ōrākei, including Joe Hawke MNZM, supported by Sport & Recreation Minister Grant Robertson. This was followed by the Netball Quad Series and then a day of official meetings. On Monday the delegation took a tour of Auckland to better understand tourist opportunities for the conference delegates, followed by a visit to the AUT Millennium and a meet and greet with Paralympic medallist Rebecca Dubber and Olympian and Commonwealth Games medallist Tracy Lambrechs. This was followed by the event, during which IWG Co-Chair for Botswana, Ruth Maphorisa, gave a compelling speech around equality, declaring “no one should be left behind.”

Women in Sport Aotearoa also used the event as an opportunity to announce the appointment of two new Board members to its already impressive line-up, with respected sports administrators Liz Dawson MBE and James Gibson joining the ranks. Dawson is a recognised as a trailblazer for women in sport governance, becoming the first female CEO of an Australian rugby league club, the Adelaide Rams, before going on to have leading roles with Super Rugby, NRL and AFL teams, New Zealand Cricket and the NZOC. Gibson is a known women’s sport advocate and has built a successful career across commercial aspects sport, recently becoming Chief Executive of the Sir Peter Blake Trust.