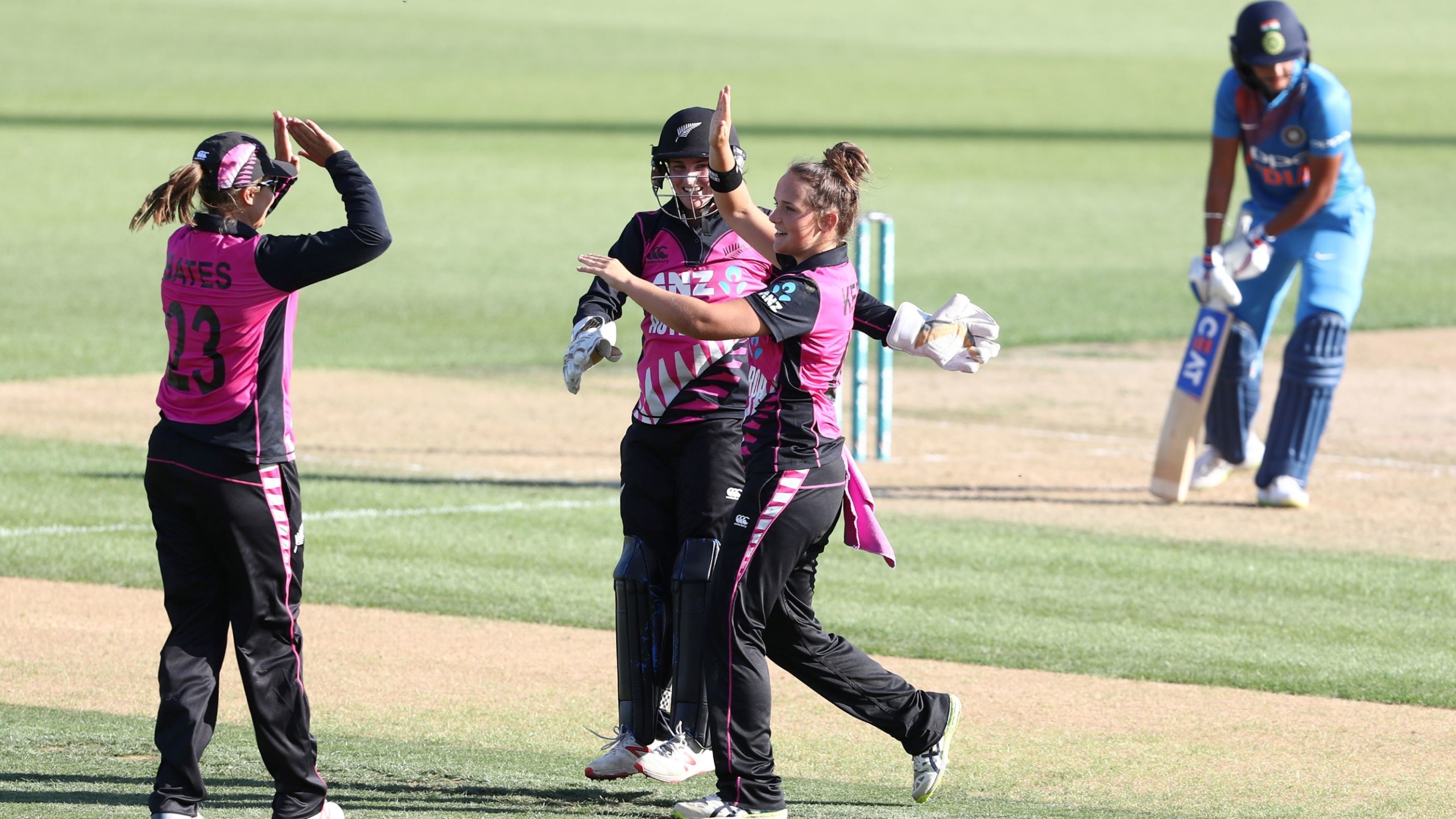 This story was originally published on Locker Room at Newsroom.co.nz, and is republished with permission.

Quota can be a dirty word in any sector, sport or otherwise, often triggering shouty opinions about “PC gone mad”, followed by doomsday predictions of imminent destruction.

The truth, though, is that gender quotas are deployed for strategic reasons when an imbalance is not righting itself, and those reasons are always about growing and protecting future success.

Sport New Zealand and High Performance Sport New Zealand (HPSNZ) recently announced that, by December 2021, all partner sports receiving over $50,000 a year will need to achieve a minimum of 40 per cent gender balance on their boards. This will now be a formal condition for ongoing investment.

Far from being a nod to political correctness or a tick on some political agenda, as has been opined, introducing gender quotas is a strategic and timely move designed to significantly improve the capability and future success of New Zealand sport and active recreation organisations.

We only need to look at the depth and quality of the work well underway at New Zealand Cricket and New Zealand Rugby, to understand that achieving gender equity is about growing elite sport and improving participation at all levels. Our biggest sports have recognised diversity as a significant business opportunity and were already moving in this space, several years ahead of last week’s gender quota announcement.

But I’ll come back to that. Let’s take a look at the strategic thinking behind gender quotas.

First of all: the social case – sport is a human right for all.

The role of Sport NZ and HPSNZ is far greater than simply promoting and rewarding elite success. As the Crown’s guardians of the New Zealand sport and active recreation system, they are required to ensure that everyone in society – irrespective of gender, ethnicity, religion, age, physical ability, sexual orientation, or background – has equity of opportunity to participate, compete and build careers in sport and active recreation.

Simply put, today’s playing field is not equal. Research shows that women and minority groups in New Zealand face a set of distinct barriers, with the largest being a lack of accessible, appropriate and safe opportunities in their communities.

All the while, sport remains stubbornly patriarchal and amongst its leadership, predominantly white. The big question is: how can sports boards represent the nation, when the nation is not represented on sports boards?

The big risk is groupthink.

The New Zealand Institute of Directors defines “groupthink” as occurring when boards become deeply cohesive. Members try to minimise conflict and reach consensus without considering alternatives, or indeed the views of any interest group outside the homogeny.

The reality is, boards with diverse membership better represent all interest groups and points of view.

So let’s start with gender and grow board diversity from there. Females make up 51 per cent of the population, but only 27 per cent of directorships in sport and active recreation.

I, and the women I know, agree with the argument that “only people who should be running sport, driving sport, and delivering sport at this level are the best people for the job”. But it is naïve to believe that the current system gives everyone qualified for the job the opportunity to do the job.

The New Zealand sporting landscape is littered with stories of highly qualified women, be it retired athletes, experienced sports administrators, or indeed women looking to transfer skills from the corporate world, who have not secured leadership positions. Unpicking gender stereotypes and unconscious bias, increasing diversity on interview panels and increasing the flexibility of working structures are all ways to change this.

But it is taking too long. So, to speed up the glacial progress, Sport NZ and HPSNZ are right to introduce gender quotas. And to those worried that sports organisations will appoint on gender not skill, no they won’t. No sports organisation would compromise itself that way, especially given the outstanding women available if they look properly.

Second of all: the business case – sport must innovate to grow income.

I mentioned the work of NZ Cricket and NZ Rugby. I’ll frame this with a report from McKinsey in 2015, which made it clear that companies with more diversity perform better financially. Indeed, the research showed that gender diverse companies outperform competitors by more than 15 per cent.

In the sports world, where every dollar of funding is a fight, NZ Cricket and NZ Rugby have both recognised an urgent need to bring diverse thinking into their organisations, to drive income growth.

Many will remember the independent Women & Cricket Report in 2016. It showed a significant drop in the number of women in governance positions in cricket over the previous 20 years, with only six per cent of governance roles, compared to 38 per cent in 1993. The report author, Sarah Beaman, said women had “virtually no voice in governance or leadership of the game” and that only 10 per cent of cricket players were female and, of those, 90 per cent were under 12.

Talking with Martin Snedden, NZ Cricket’s ‘Women in Cricket Governance’ project lead, he explained that there are now 234 NZ Cricket, major association and district association directors. And overall, 69 (30 per cent) are now female. This is up from 11 female directors only two years ago.

“The discussions being held, and the decisions being made, around cricket board tables are now better informed and balanced,” Snedden says.

“With the growth of women’s cricket now a priority focus, and a diverse and representative leadership in place considering the differing needs of female players, we’re already seeing the benefits throughout the game.”

This ranges from the White Ferns and Black Caps sharing the big stage, playing three T20 double-headers last summer against the touring Indian men’s and women’s teams, through to the introduction of new formats to attract greater numbers of girls and young women to experience cricket.

With the ICC Women’s Cricket World Cup being held in Aotearoa New Zealand in 2021, NZ Cricket has a significant opportunity to further grow awareness of opportunities around the women’s game.

“Cricket is in a far healthier state to face the future than it was five years ago,” says Snedden.

NZ Rugby is equally focused on positive change, having had its own Respect & Responsibility Review in 2017. Gender equity was a strong commitment from NZ Rugby following its release.

The women’s game, while still in its infancy from a commercial perspective, is the fastest growing arm of rugby. Increased investment has seen grassroots participation grow by over 10 per cent each year over the past three years. At the elite end, the Black Ferns are beginning to feel their way commercially and the 2021 Women’s Rugby World Cup presents a significant platform to shift the dial further around women’s sport.

NZ Rugby chairman, Brent Impey, told me they have a commitment to creating opportunities for women in rugby at all levels, including governance, having changed their constitution in 2017 to help create fairer pathways for women to succeed to their board.

“We’re a small nation, so to keep NZ Rugby at the forefront of the game internationally, we are always looking for ways to gain a competitive edge. Gone are the days where an organisation can keep doing the same thing, only a bit better each time,” he says. “We’re working to innovate and one of the ways to encourage this is to make a conscious choice to bring new and diverse thinking onto the board, to address the changing environment we’re working in.”

Last week, I was in London hosting the AGM of the International Working Group (IWG) Women & Sport. Aotearoa New Zealand is currently host nation, with Women in Sport Aotearoa as delivery agent for the IWG Secretariat 2018–2022 and the eighth IWG world conference in Auckland in May 2022.

What struck me most, as I looked around the room at the IWG global executive, was the feeling of optimism emanating from the 11 representatives from Africa, the Americas, Asia, Europe and Oceania, along with our non-government organisation and co-opted experts.

Finally, as we celebrate the 25th anniversary of the IWG, the winds are changing. Governments and sporting organisations are starting to see the social and business opportunities presented by women’s sport and are beginning to let go of old misconceptions and gender stereotypes.

Women’s sport – case in point, the Women’s Football World Cup currently taking place in France – is achieving record live and broadcast audiences and sponsorship income, and inspiring a whole generation of girls and boys to think differently about women’s sport, and women in society generally.

And none of this is happening by accident. There is no political correctness or political agenda at play here. We are seeing the direct outcome of a strategic decision to bring new and diverse thinking into established sports, to drive social engagement and income growth.

Imagine what we could do in Aotearoa New Zealand with a more diverse set of hands on the wheel.